I spent my three days off driving all over the state scoping out State Parks. I sort of stumbled on this use of my time that first day, visiting three state parks. And I realized that each one was super different and would suit our family best when our kids are particular ages. Cliffs and rapids don’t look like a super relaxing vacation to me right now. But if my kids were older, some of these campgrounds would be incredible.

So I took it upon myself to visit as many state parks as possible, take notes, and scout each place out for future adventures. (And just as a side note, these scouting trips would have been a blast with my bigger kids along. To drive around state, from beautiful place to beautiful place, stopping for hikes and swims and pictures along the way.) I used THIS MAP to pick my parks and then my phone told me where to turn. I was on some stunning roads, up and down river bluffs, soaking up green fields, blue skies and red barns. It was fantastic.

And now, I’ll share what I found with you so that you can enjoy these places too!

I really liked this state park because it was small, quiet and it felt like you could bring little kids here and no one would crawl off a cliff or get swept down a river. Fishing and shallow-entry swimming. That’s what I loved about Moose Lake. Also, the camping area was nicely wooded, and, on a Wednesday morning, was very quiet. I loved Moose Lake.

I am most familiar with all of the state parks along the North Shore. We stayed at Temperance River state park often during my childhood and always stopped to visit Gooseberry and Split Rock. So all of the parks on Superior are going to be personal favorites. Gooseberry has great hikes, fun streams to play in and beautiful access to the lake (there is rocky beach as well as big cliffs into the water).

That said, I realized that this is just not our Gooseberry season with Elias crawling and Alden and Hattie always wandering in their own directions. The cliffs and the big rocks down into deep waters felt like they’d be fun to visit as an outing for an afternoon, but exhausting for a few days in a row. But don’t get me wrong, this place is stunning…

I stopped in Jay Cook on my way back from Lake Superior. This place is positively breathtaking. It is stunning. Rapids and foamy water, violent rock formations, a suspension bridge… it is a site to behold. But this park confirmed, “yes, I think our family is in more of a Moose Lake season right now.” But when my family are all skilled swimmers, we’ll be back!

That day I still could have stopped in a Banning State Park and even swung out to St Croix State Park, but I had a date in my sister’s back yard with her family and my folks, so I skipped them for another time. That was the end of day one. The next day I started with a hike at:

All I have ever heard of Whitewater is that “there are no mosquitos there because of all the bat caves in the area.” Which, in Minnesota, is a serious boast and a serious treasure. I only peeked at all of these state parks… barely getting a glimpse of the whole. But I will say this hike up to Chimney Rock was fantastic and in a neighboring town you can climb up an old fire tower to take in the landscape as well.

Then I drove to John Latsch State Park. And I will say the drive between Whitewater and John Latsch was one of the prettiest drives ever. River bluffs to farm land back to river bluffs. It was the highlight of my whole day. I got to John Latsch and it consisted of: 1) a picnic table and 2) a hike up to the bluffs overlooking Winona and Lock and Dam #5. And you know what? I took up step up the stairs on the hike and saw the sign said, “difficult” and decided I wasn’t in the mood. Looking back, I think this is so dumb. But at the time, I had just hiked Chimney Rock and just didn’t feel like it. Instead I went to Winona and wandered around a Goodwill with a mask on my face. I should have hiked the bluff. AND! I was RIGHT BY Great River Bluffs State Park, but didn’t realize it. So that was a shame…

But the next day I got up and drove right to:

This place is lush and green and beautiful. And all of the mosquitos that are not at Whitewater have found a lovely, boggy home right here. Honestly, I can’t imagine camping here during bug season. But early spring and late fall I would imagine this place would be awesome. Also, the Sakatah State Bike Trail runs right through the park, so if you were a biker, this would be a blast. I’m hopeful to get a camper cabin some early October here for some biking and hiking. It would be cozy and charming.

If you asked me where you should go tomorrow, I’d tell you to load up the kids and get yourselves to Minneopa in Mankato. Because they have bison. BISON! This was so awesome. There is a whole loop of a drive, up to an old abandoned flour mill from the 1890’s and along the way, you are looking everywhere for the herd. On my way up to the mill, they were back from the road, munching in the tall grass. But on my way back from the mill were just coming near the road. And then began to cross the road. And then were right in the middle of our cars.

It was so cool. And felt so exotic and exciting for just an hour and twenty minutes from my house! Also, while taking this picture out the passenger side of the car, I was unaware that a big bull was approaching my car on the other side. When I looked over he was right there. Like, petting zoo, right there, eye to eye. I had white cheddar popcorn in my lap and was sure I was about to be one of those idiots in yellowstone who ends up with a bison rocking her car. I put my window up and tried to be more responsible after that.

I drove from Mankato to New Ulm to scope out Flandrau State Park. First, New Ulm is a really neat town with lots of parks and I’d love to just bop around that town sometime (we have been there before for the county fair when my mom arranges flowers for competition). But Flandrau was so awesome because it has a sand-bottomed swimming pool. A whaaa? You heard me. A pool that has shallow entry sand on all sides. It was drained and closed because of corona, but I cannot wait to get here one day. What a fun day trip it would be!

And my final stop was:

My pictures of this place are pretty, but I missed the whole point. This is an old military fort with a tense history with the Sioux Indians. The stone foundations are all still in place with signs telling of what each place would have been. The history of the relations with the Sioux and Dakota was very interesting and I read every sign. It made me excited to do a year or two of Minnesota History with the kids and visit each place as we learn about our state’s history.

I hope you are inspired! I hope you feel an itch to load up and check out a cool park near your house too! It was a great reminder to me how much you can do in just one day. After milking the goat and before evening chores. 🙂 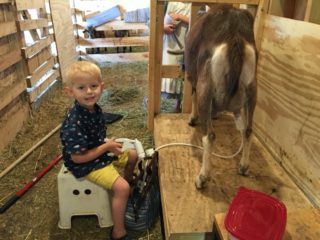 Start ‘Em Young: Connect Kids with the Land to Yield a Lifetime of Harvests 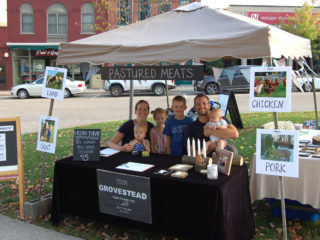 What is Your ‘Family Economy’? 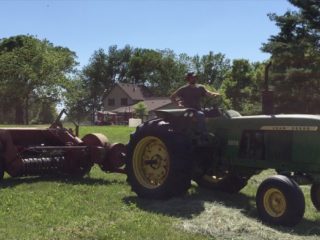 June on the Farm 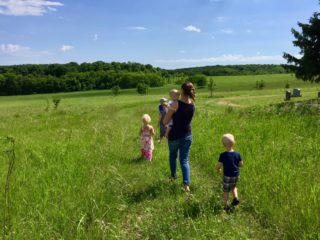 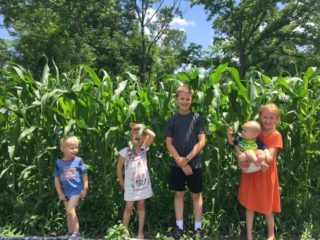 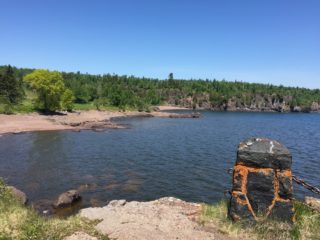 A Beautiful Day on Lake Superior 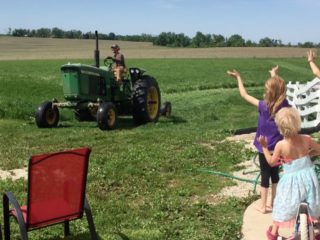 May on the Farm (VIDEO) 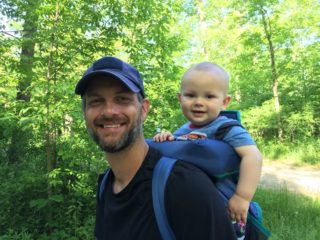 …and a time to play