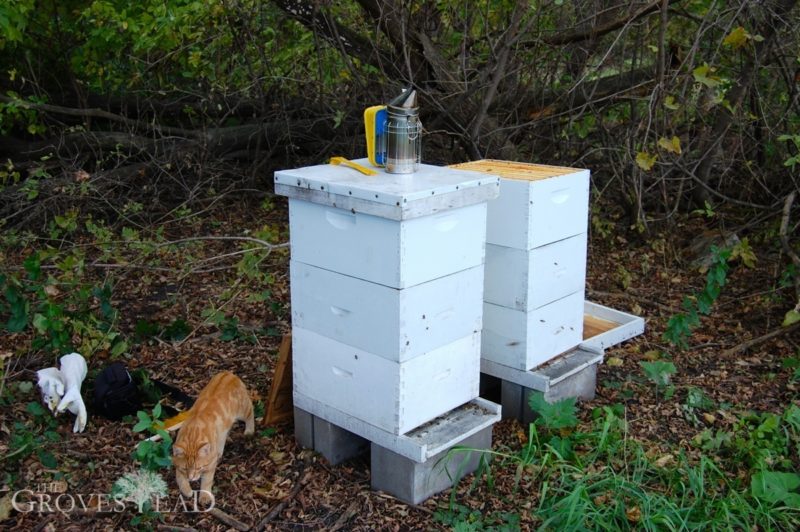 We had a bit of a tragedy on the farm recently. To call it a death in the family wouldn’t be so far off the mark. It certainly felt that way. 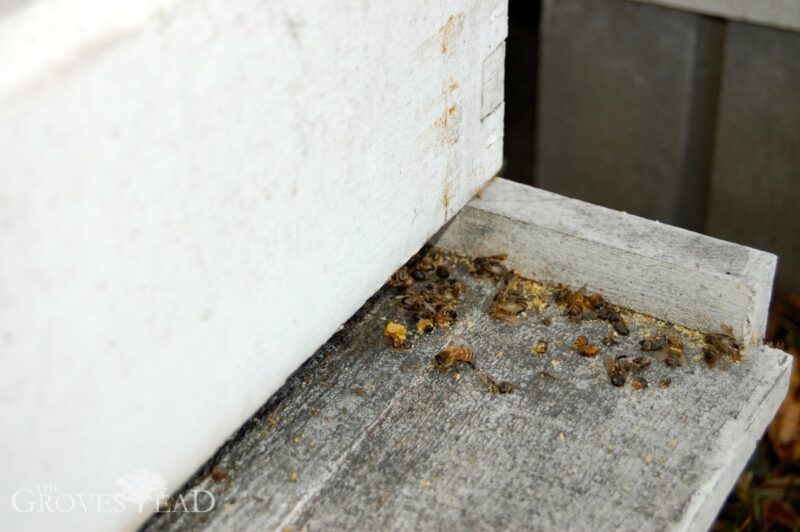 Since we got our bee hives this Spring, one hive was always more active than the other. But they both seemed to be thriving (growing). It wasn’t until late Summer that Becca noticed a real problem. On one of her weekly inspections she noticed a pile of dead bees at the base of the weaker hive. Other beekeepers chalked it up to seasonal changes and said not to worry. But when our friend and fellow beekeeper Adam came out to inspect a few weeks later, it was clear there was a serious problem. No eggs were being laid or hatched in the bottom hive meaning there was no queen in that colony. Worse, it was too late in the season to introduce a new queen. This colony had collapsed.

We don’t really know why. Could have been disease or a swarm or most likely just a weaker queen from the get-go. Whatever the reason, it was a major blow to morale. Especially to Becca who has been nurturing these twin hives like her own children for the past several months.

This is unfortunately a common plight. Colony-collapse disorder (CCD) is a hot topic right now. We get articles sent to us about the issue almost monthly. Roughly one-third of all bee hives collapse each year. Losing one of our two hives means we are just below average.

Adam has generously offered to split one of his hives with us next year to help us get going again. Until then, we still have plenty of work to do to maintain the health of the other hive. 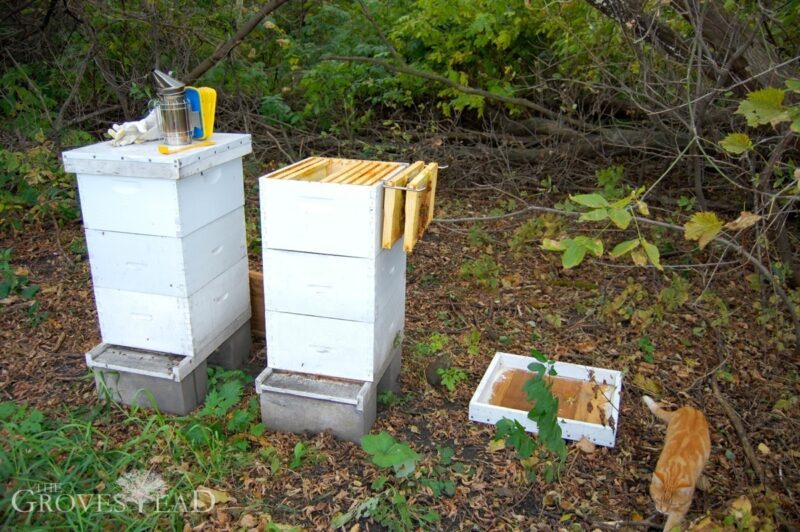 We combined the two hives by pulling the honey-filled frames from the dying hive and placing them into the healthy hive. Becca also applied a treatment for mites.

Becca’s inspection process involves opening the hives and pulling out frames to look at close up. In these pictures you can see “capped” honey. That is, honey stored in the frame cells sealed with wax. 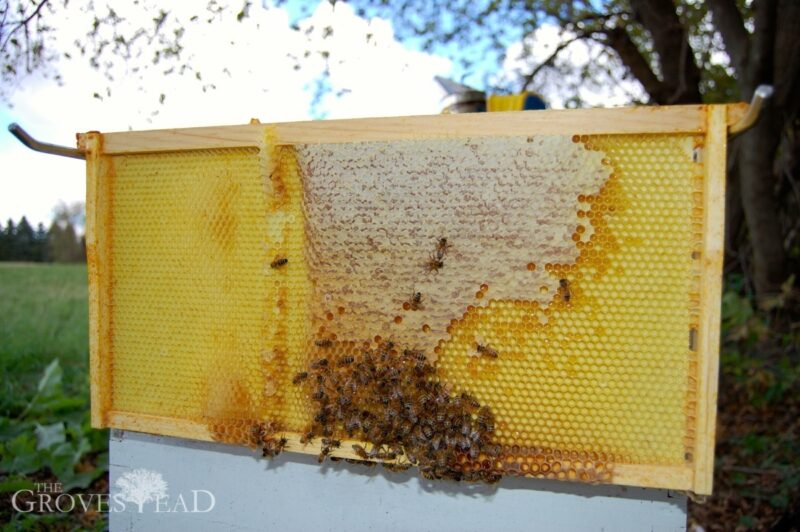 This honey will be the bees’ sustenance through the long winter. We were advised not to harvest any honey this first year as the bee colony is still small and will need as much nutrients as possible to last the winter. 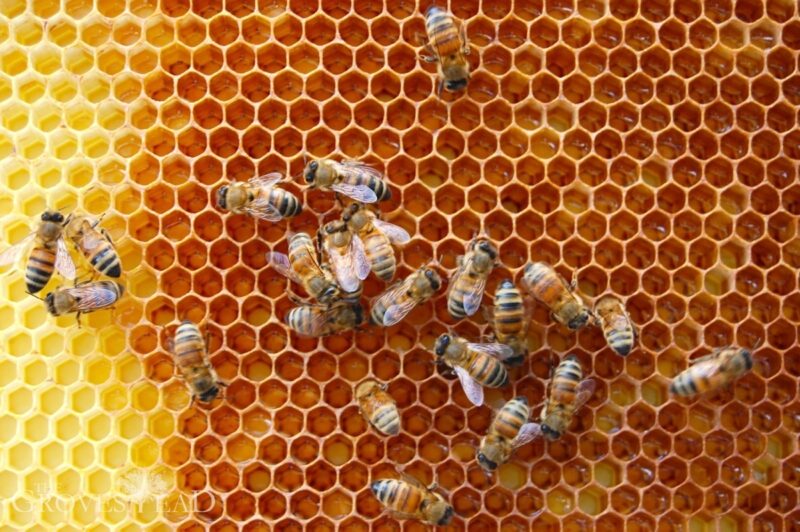 We’re determined though to push through and learn from this experience. Next year we’ll start more colonies and, I hope, harvest a bumper crop of honey. 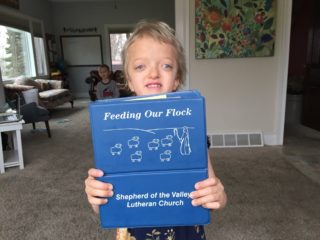 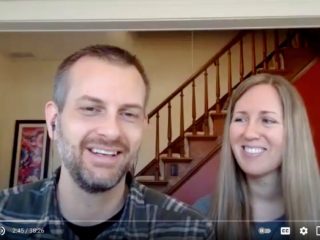 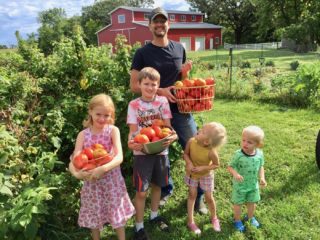 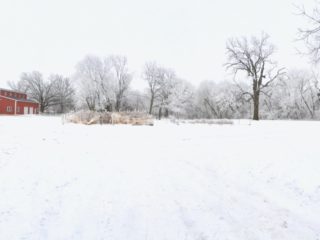 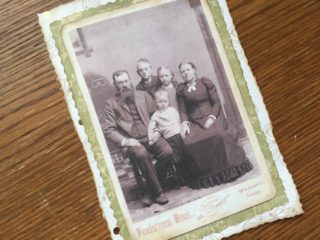 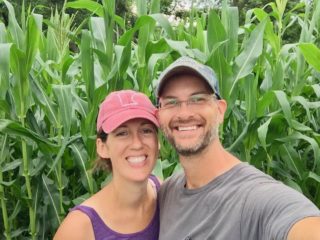