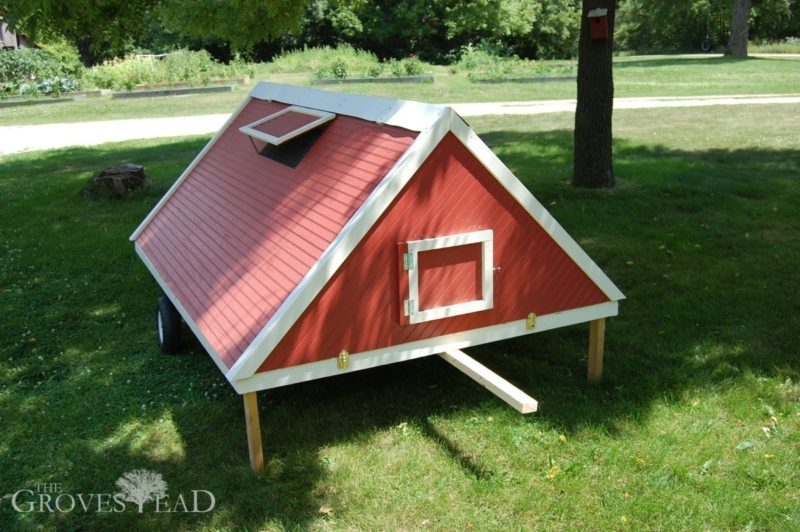 Chickens do two things with stunning regularity: eat and poop. The idea of a mobile chicken coop, or “chicken tractor” as it is sometimes called, is to keep the chickens from overgrazing a single patch of yard while spreading the free fertilizer as thin as possible. This has olfactory benefits as well.

Many people with chicken tractors will rotate them into garden beds after harvesting vegetables. The chickens scratch up the soil, picking out all the unfavorable bugs and grubs and leave behind a high-nitrogen boost for next year’s planting.

Chicken tractors come in all shapes and sizes. But they all have wheels. I wanted something very simple to build, but also easy to clean. So I built mine in two parts.

On the bottom is the wheeled base, 8-feet long by 6-feet wide. It resembles a trailer without sides. 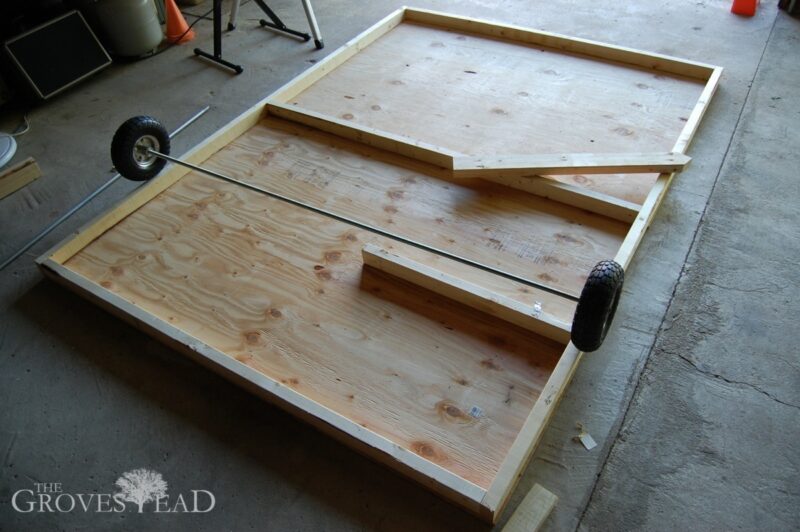 On top of the base, I built an A-frame structure and covered it with plywood. This is a very easy design and went together quickly with the help of my friend and fellow chicken aficionado, Brenton. 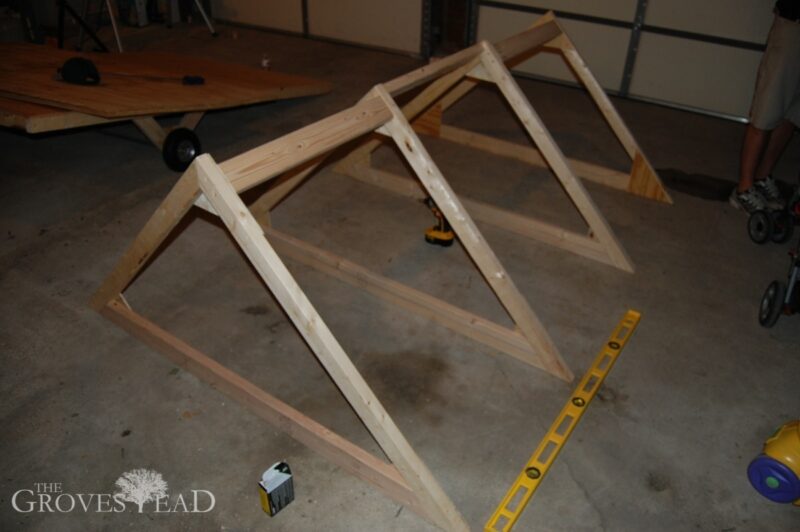 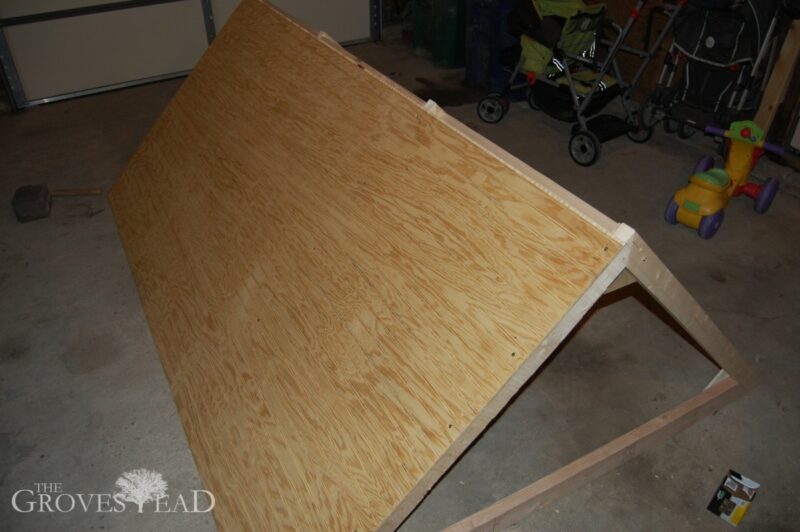 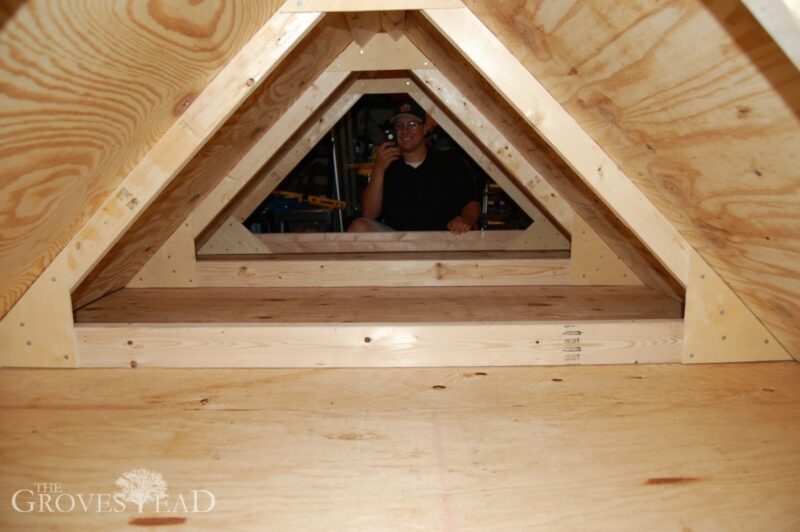 After the frame was built and plywood attached, I cut out window and door flaps and installed hardware cloth inside the windows to prevent critters from getting in. 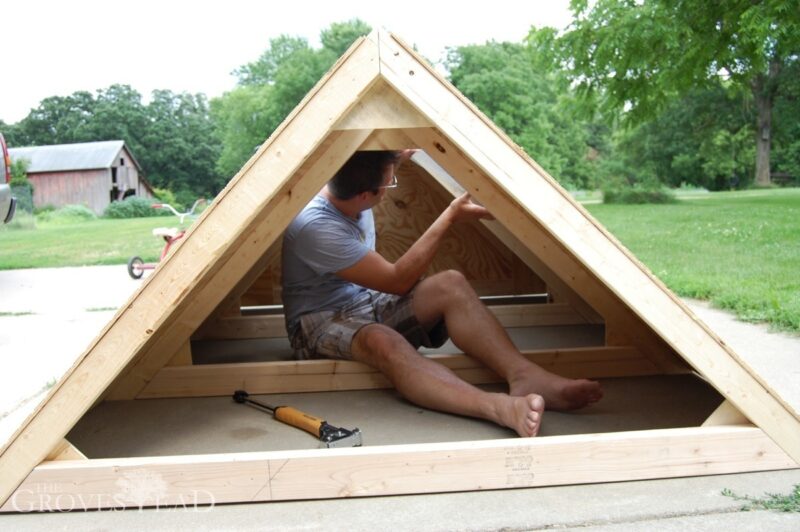 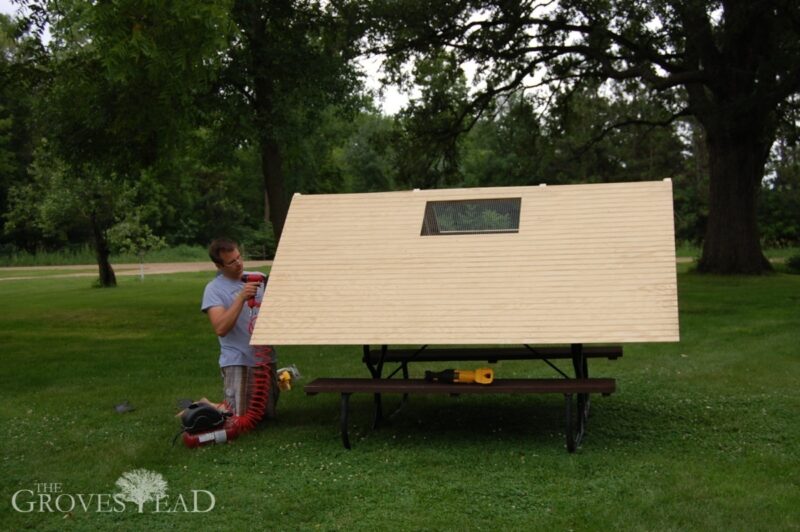 After it was all assembled, I of course had to paint it our favorite combo of barn-red with white trim. Ivar helped me out. 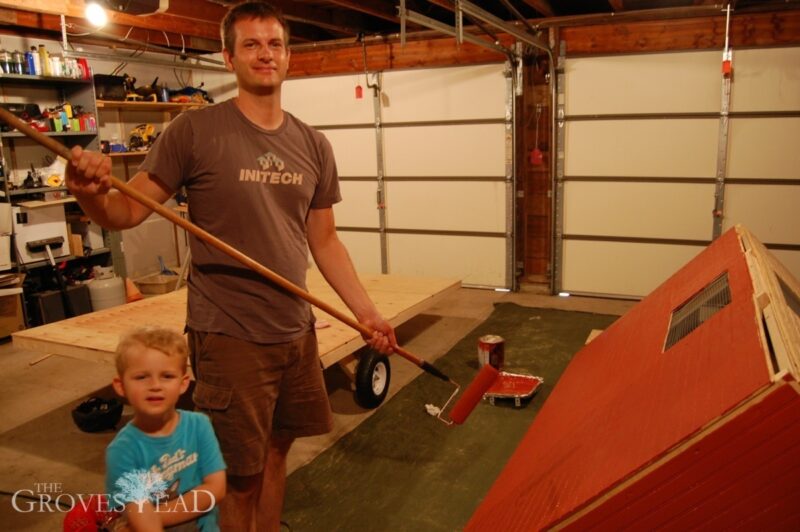 Baby chicks need very controlled temperatures the first week of life, so I hung a heat lamp inside before moving the chicks out. 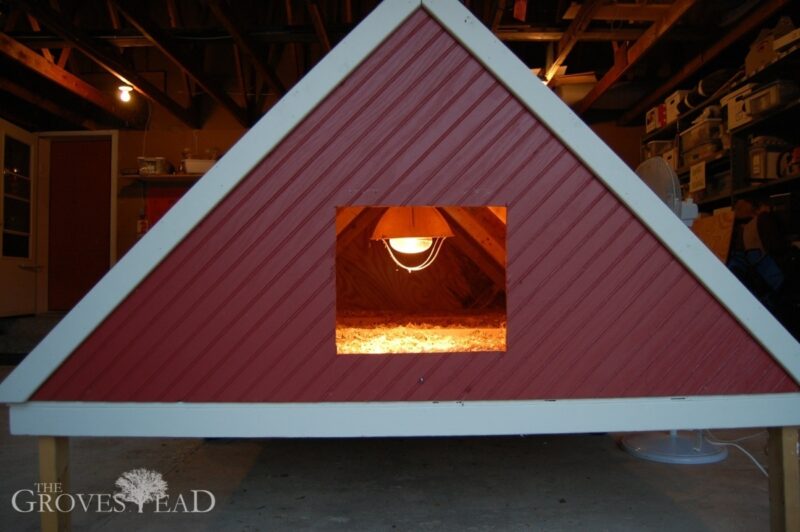 We kept the coop and baby chickens inside the garage for the first several days but finally, it was time to move the coop outside.

The final piece of this setup was a perimeter fence. This lets the chickens roam outside the coop but confines them to the space where I want them. It also keeps other animals, like our cats, out. 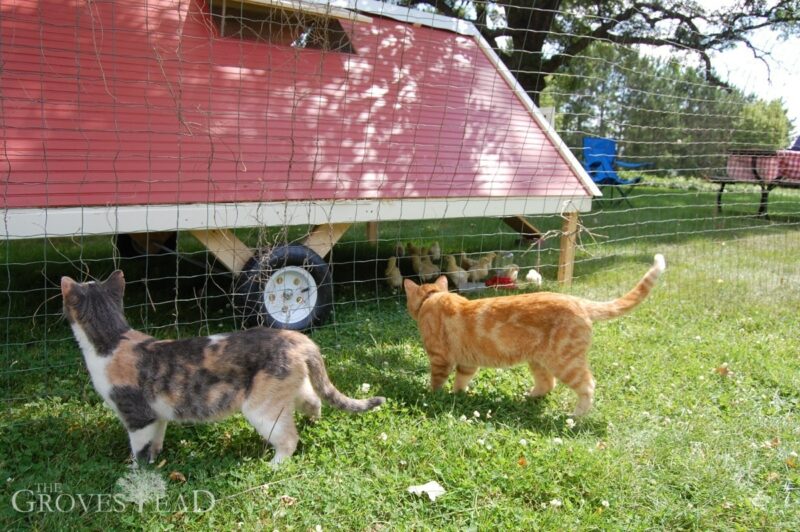 So far, it’s been a successful build. There’s plenty of space for our 30+ chicks. I have moved the fence and coop a few times and it works as it’s supposed to. 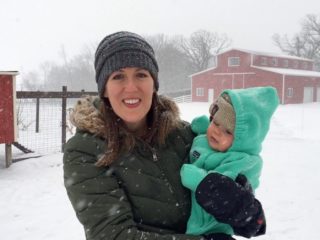 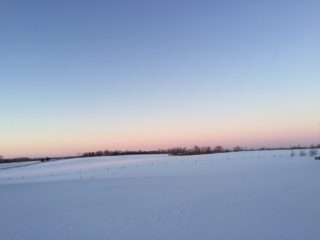 Creative Ways to Use Our Farm 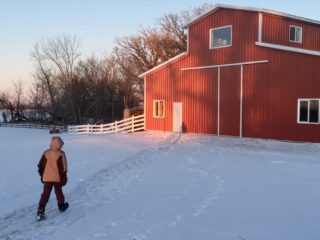 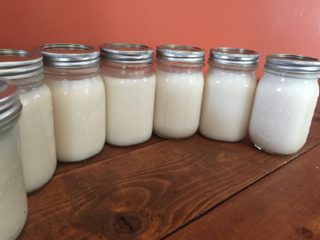 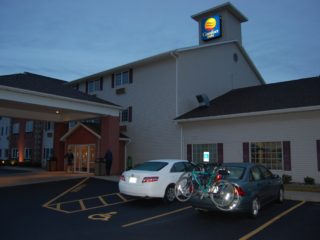 No Room at the Inn (Story City) 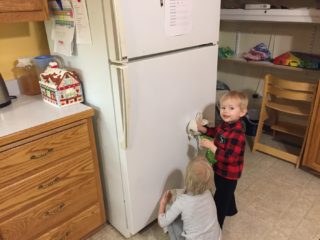 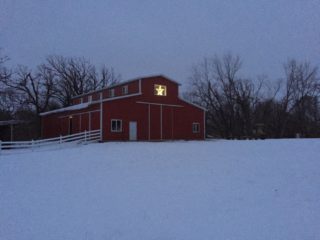 A Veil so Thin